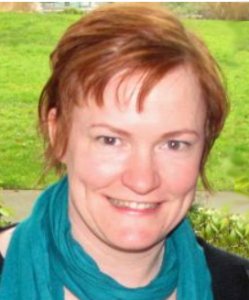 Shelly D. Farnham, Ph.D. is the founder and Executive Director of Third Place Technologies.  She is a leading expert in community technology R&D, with over fifteen years of experience as a research scientist in world class industry research organizations including Microsoft Research and Yahoo!, and five years experience as a founder and consultant for innovative socio-technical startups.   She founded Third Place Technologies to bring her recent line of work in community technologies to the non-profit sector.

Her areas of expertise include online communities, social networks, identity management, mobile social, and civic media.   In the past several years her work has focused on how to leverage social media and open data to foster civic engagement in local communities, leading to her new role as a social entrepreneur with Third Place Technologies.Shelly earned a Ph.D. in Social Psychology in 1999, and through her drive to have a real world impact on people’s lives, has worked as an innovation researcher in industry labs and startup organizations.  She brings her expertise in social technology theory, research, and best practices to the design, development, and evaluation of early stage new technologies in the social space.

See her full CV for a complete list of papers, patents, .